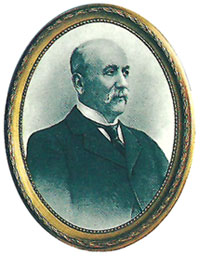 The origins of Hijos de Juan de Garay dates back to the past century. To be exact in 1864 when Cornelio Garay Zuazubiscar, a man of strong entrepreneurial character founded a factory in Oñate. Born in Aretxabaleta, Cornelio Garay moved to this university town at the age of 21. As a result of the setting up of this factory the town received a notable economic boost and new perspectives for the future. The residents of the town as a gesture of their gratitude for his service to Oñate elected him as Mayor on several occasions.

Since then the company has been the result of a story of its own initiatives, difficulties and successes, which have defined many aspects of its structure, the training of its people and the way it formulates and manages its activity.

In the year 1864, Cornelio Garay Zuazubiscar sets up a safety matches factory in the town of Oñate.

The company provided employment for three hundred families, until 1903 when the monopoly of the State came into effect, and the company was taken over by the State.

During the second Carlist war, between 1.874 and 1.875, the matches factory of Cornelio Garay was the Royal Mint. It was established as the Royal Mint by the pretender Don Carlos VII.

These coins ( five peseta coins a.k.a. «duros») of the Oñate Mintage are considered to be of flawless manufacture. The Royal Mint was located in the pavilion parallel to the edge of the road.

When the liberal troops entered on 3 March 1876, one of their first tasks was to order the destruction of the machinery.

Although the safety matches factory closed down in 1903, the entrepreneurial spirit of Cornelio Garay lived on through his son ,Juan de Garay Aguirre, who in 1921 founded the industry of manufacturing umbrella frames, which were unique in Spain at the time.

This factory is the origin of the current company which in spite of its great evolution and diversification of products, did not abandon its initial activity of manufacturing frames for umbrellas and parasols up to 1994 for over sixty years.

Juan de Garay took another decisive step in 1926 with the construction of a factory to manufacture welded steel tubes. The manufacturing of these tubes which were first used for umbrella frames (in 1933 it had 750 different types of frames) , soon expanded into other innumerable applications.

In the year 1937 Juan de Garay died like his father , serving his people not only through his business but also as Mayor.

The factory continued its family tradition through his sons Cornelio, Luis and Juan.

1.954 | Manufacturing of Bars/Rods and Brass Profiles

In 1954 it was created a new metal division, the smelting of copper semi-transformed products. Garay is since then the leader in the production of bars/rods and brass profiles. 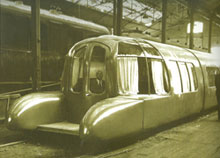 Under the leadership of Luis Garay the department of steel tubes gained greater importance in the company. The workshops were extended and new infrastructures were installed to produce cold drawn precision welded tubes.

Among others the manufacturing of frames for the Talgo train and the Lube Motorbike. 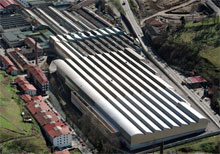 On joining the global automotive market, Garay marked the final step towards the standardization of our quality assurance systems and the professionalization of our management team.

In the nineties and beginning of the year 2000 a gradual and significant extension of the manufacturing installations took place to stand as it does today at 70.000 m2.

In 2003 after the consolidation of the cutting sub-division a new independent business area was created; the division for tubular automotive components. 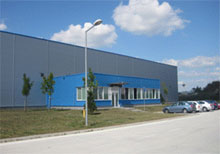 Within the expansion and consolidation process in the international market, Garay set up a company in Slovakia, with a production plant of over 4.000 m2 and an initial staff of 25 employees in Bratislava.